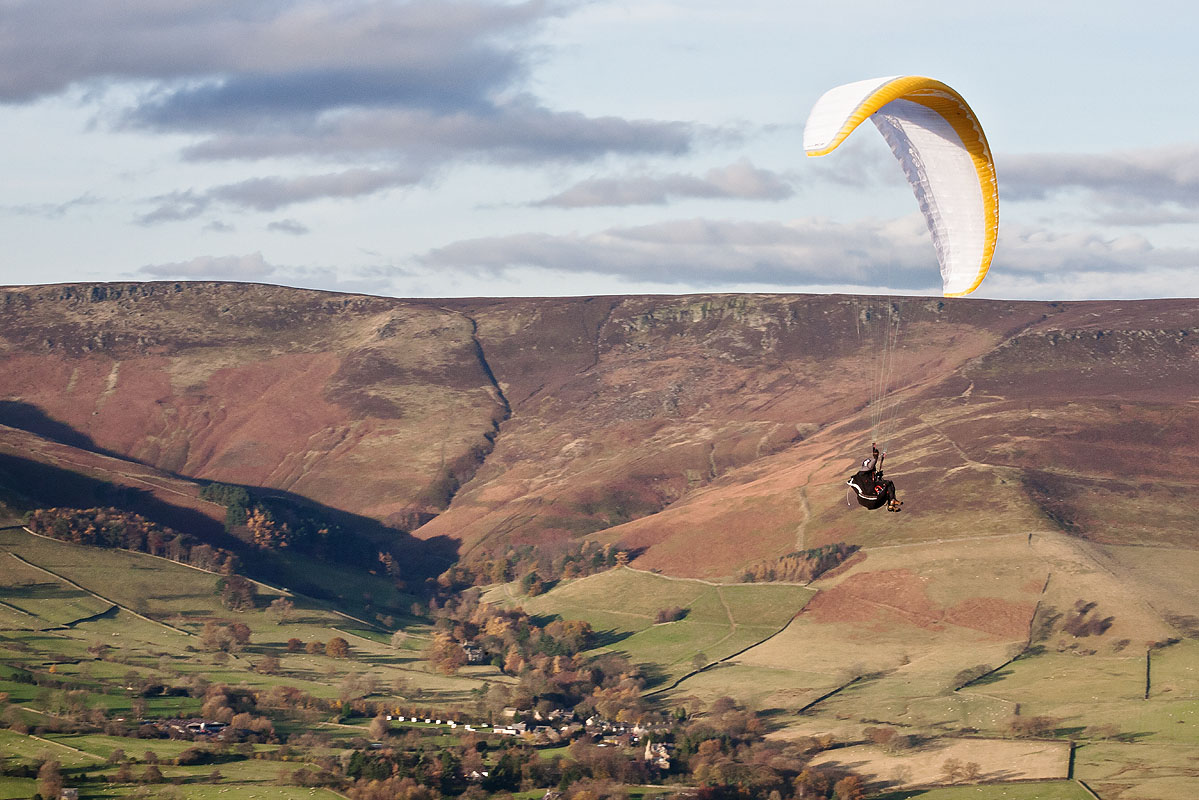 The Peak District National Park is bordered on all sides by major towns and cities. It is within an hour’s travel for around 16 million people, providing a rural oasis in stark contrast to its urban neighbours.

Although today many visitors take public access to the moors and hills of the Peak District National Park for granted, prior to 1949 the majority had no public access. People were passionate about exploring Kinder Scout and the moors in the north and east of the Peak District, so it became the stage for annual protests such as the mass ramblers’ demonstrations at Winnats Pass and Cave Dale from 1928 and the famous Kinder Mass Trespass in 1932. These protests and demonstrations lead ultimately to the 1949 National Parks and Access to the Countryside Act which established national parks as places of escape and enjoyment, with the Peak District National Park being the original on April 17th 1951.

Today it provides a vital space that nurtures physical and mental wellbeing. Escape the daily routine and find activities to suit all ages and abilities, with a third of the Peak District National Park being open access land, over 1,300 miles of rights of way and a network of accessible routes or ‘miles without stiles’. Plan scenic family bike rides away from the traffic on old railway routes. Reflect on the day’s experiences while relaxing in picturesque villages, country cafes and traditional public houses. Walk in one of the UK’s best-loved, most accessible places, where networks of walking routes have been developed over generations by some of the oldest rambling groups in the country. Accept a challenge by walking the hugely popular Pennine Way, which begins in Edale.

People looking for outside adventure are spoilt for choice. Enjoy a night sleeping under the stars at one of the many campsites. Satisfy that inner adrenaline junkie by paragliding above breath-taking landscapes, climbing world famous crags, scrambling over boulders or potholing through subterranean limestone labyrinths. Be immersed in the landscape while horse-riding along ancient bridleways, mountain-biking on rocky descents or fly fishing on fast-flowing rivers.

The Peak District National Park is somewhere for visitors to discover more about wildlife, geology, history and rural life through exploration, visitor centres, school trips, volunteering and guided walks. It is an unrivalled setting to escape the pressures of everyday life and recharge drained batteries, motivating people to enjoy a healthy, active lifestyle.

Millions engage with the Peak District National Park every year. Over a third of the National Park’s 555 square miles is open access land, it has over 1,300 miles of public rights of way, over 65 miles of cycling trails and four multi-user trails suitable for walking, running, cycling and horse-riding. These extensive areas of access land and the public rights of way network enable a range of engagement activities. They allow visitors to explore spectacular scenery, enjoy tranquillity and connect with nature and the cultural heritage of the landscape. Such engagement has benefits at an individual and societal level; from physical and mental wellbeing, to positive social and environmental impacts.

Those who engage with the Peak District National Park include visitors, residents and volunteers. They come from a broad range of backgrounds, although some demographic groups are under-represented, such as ethnic minorities and those from lower socio-economic backgrounds. Most visitors come from within an hour’s drive of the National Park boundary and visit areas or gateways within the National Park closest to them.

Visitors to the Peak District are increasing:

The monetary value of visits to the Peak District is growing:

Visitors enjoy a wide variety of activities in the PDNP:

People connect with the PDNP in a variety of ways:

Some demographics are over- and under-represented among PDNP visitors:

Some forms of transport to and within the PDNP are increasing and others are decreasing:

81% of our rights of way are in good condition:

We do not yet fully understand the impact of Covid-19 on engagement, tourism and transport within the Peak District, but it is likely to be very variable and it may be some time until the data reflects the true impact of Covid-19. However, we do know that Covid-19 has affected the visitor profile of the Peak District, with a drop in visitor numbers during lockdown periods, followed by an increase when lockdown restrictions eased. This affected the volume of visitors arriving by private and public transport; particularly when non-essential journeys were effectively banned during lockdowns. Public transport was particularly affected.

However, restrictions on the leisure activities that people are able to take part in and a focus on outdoor activities for safety reasons has led to a surge in demand for access to outdoor places such as national parks. With the Peak District being surrounded by cities, there have been many new visitors coming to the National Park for the first time. The positive side to this is the opportunity for a wider audience to engage with the National Park, but there have been some negative impacts too such as littering, disturbance to wildlife and tensions between local residents and visitors [1].

Despite being a national park, the Peak District is not immune to development pressure. Although the population is relatively small at around 38,000 residents, there is continual demand for additional housing, especially affordable housing to support local communities, large agricultural buildings, retail and other business premises. Such development pressures risk changing the nature of the landscape and features that many visitors come to enjoy.

Other development pressures include upgrades to road infrastructure to accommodate increasing road traffic, renewable energy infrastructure and expansion of extractive industries to meet growing national demand. For instance, Transport for the North's promotion of the pan-Northern economy includes TfN's Strategic Development Corridor, which crosses the north of the Peak District National Park. In terms of people's enjoyment of the Peak District, this new road corridor could help to bring visitors to the National Park, but it could negatively impact their enjoyment of the area.

The Landscapes Review, which reported to the UK government in 2019, reviewed UK protected landscapes (national parks and areas of outstanding natural beauty) and set proposals for their improvement. Several proposals relate to public engagement with protected landscapes, including 'A night under the stars in a national landscape for every child' and 'Landscapes that cater for and improve the nation's health and wellbeing'.

Both the Environment Bill and 25 Year Environment Plan will impact biodiversity in the Peak District. For instance, the Environment Bill will require all areas in England to establish Local Nature Recovery Strategies (LNRSs). The pilots will help kick-start the creation of over a million acres of habitats for wildlife [4]. And a flagship element of the 25 Year Environment Plan will be a new Nature Recovery Network, which will benefit people and wildlife by increasing, improving and joining-up wildlife-rich places across England [4:1]. If successful, these should benefit visitors to the Peak District who come to enjoy its wildlife and landscapes.

87% of the Peak District is farmed. With the UK leaving the EU, a new Environmental Land Management Scheme (ELMS) is being developed that will subsidise farmers for specific actions. As the National Park landscapes that so many visitors come to enjoy are shaped by farmers, the design of the new ELMS subsidies could greatly affect visitors' enjoyment in either a positive or negative way.