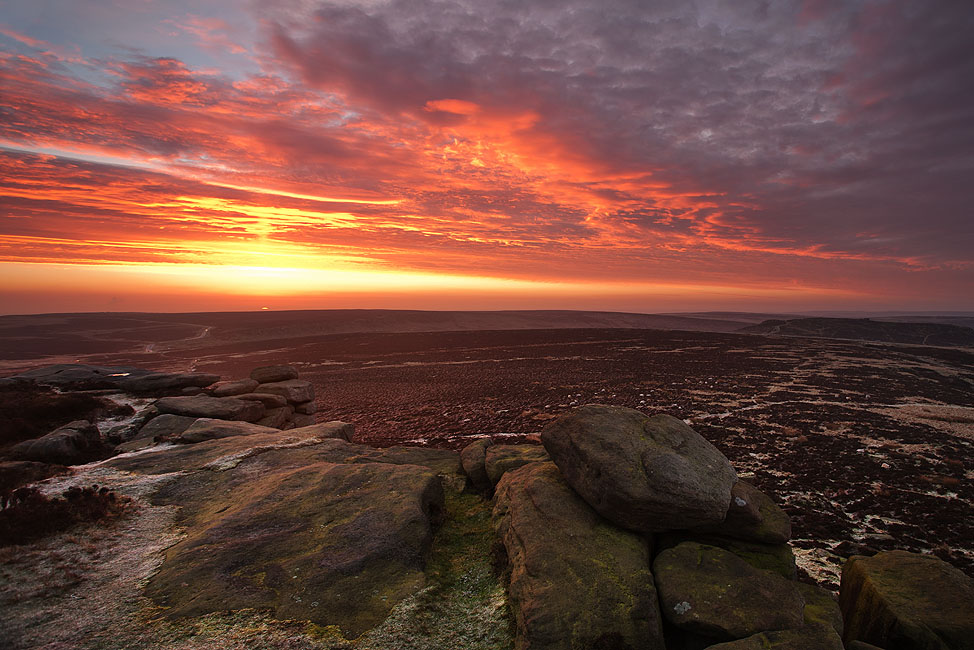 The Peak District National Park is an accessible backdoor wilderness allowing millions of people to find a welcome sense of tranquillity.

For generations, working people have escaped from towns and cities to visit the Peak District National Park and enjoy its tranquillity. Being immersed in tranquil, undeveloped places allows people to step outside their busy lives and be refreshed. It improves mental and physical wellbeing and is one of the most sought-after qualities of the countryside.

As modern life offers fewer opportunities for tranquillity, the Peak District National Park’s tranquil places are all the more important. They offer a powerful sense of timelessness and escape, with the relative peace and quiet in stark contrast to the hustle and bustle of the surrounding cities. This contrast is why the Peak District National Park is so special. It retains its distinctly tranquil and undeveloped character, despite being one of the most popular, accessible and well-known areas in England. And its close proximity to the cities means many millions of people are able to benefit from its relative tranquillity.

This tranquillity is experienced in many ways. For some, it is about quiet appreciation of natural wonders. Standing on the summit of Black Hill as the sun sets provides a rare opportunity to find solace in an open landscape away from the distractions of modern living. Being surrounded by the sounds of bubbling water, rustling leaves and evocative bird song on a quiet day at Padley Gorge can bring peace to a busy mind. Stepping into the cool, atmospheric confines of Lud’s Church on a hot summer’s day can be a profound experience. Watching the dark night skies at Minninglow is a world away from the bright lights of nearby urban neighbourhoods, inspiring people to marvel at our place in the universe, just as our ancestors have for thousands of years.

For others it is about the relative tranquillity of the Peak District National Park’s villages and town. These can be a world away from inner-city life, with many people finding serenity in the narrow streets, characterful buildings and small shops. This glimpse into a rural way of life feels, for many, like stepping into another time.

Compared to the surrounding areas, the Peak District is an oasis of tranquillity. The most tranquil areas are in the open moorland, away from settlements, crowded honeypots and roads. The PDNP also presents large numbers of people with the opportunity to experience a rural landscape relatively protected from development. Integral to this is the perceived distance between the National Park and the surrounding developments. Similarly, the relative lack of obvious signs of human influence provides a natural context, best typified by the large expanses of open access land and remote wild areas.

Regionally, the Peak District is an oasis of dark skies, but overall the picture isn’t quite as good. Although the Peak District performs better than the national average for dark skies, it could perform better. The darkest skies in the Peak District are in the least populated areas, particularly around moorland. Bakewell, Castleton and the larger settlements can clearly be seen in maps of light pollution.

The larger roads in the PDNP visibly reduce tranquillity in their immediate surroundings, which can be seen in tranquillity maps produced by CPRE in 2001.

Despite being a national park, the Peak District is not immune from urbanisation and development pressure. Although the population is relatively small at around 38,000 residents, there is continual demand for additional housing, especially affordable housing to support local communities, large agricultural buildings, retail and other business premises.

Other development pressures include upgrades to road infrastructure to accommodate increasing road traffic, renewable energy infrastructure and expansion of extractive industries to meet growing national demand. The growth in urban populations in areas surrounding the Peak District increases both visitor numbers and volume of traffic both to and through the National Park.

Enabling visitors to enjoy the Peak District is an important aspect of achieving the purposes of a national park. However, large number of visitors, especially at high intensity ‘honeypot’ sites, can have a negative impact on tranquillity, for example numbers of people, noise, litter and cars [1].

In the context of an increasingly urbanised population, protecting tranquil areas has become an important policy objective . For instance, in 2012 the National Planning Policy Framework (NPPF) introduced a requirement to protect tranquil places.