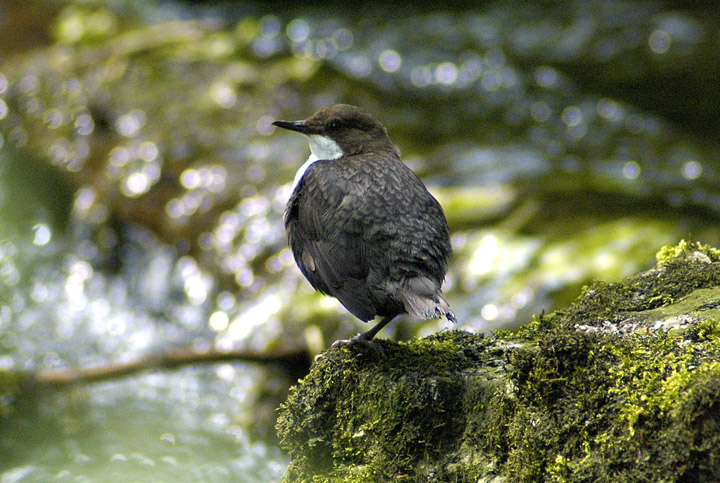 As one of the UK’s most accessible national parks, the Peak District National Park allows millions of people to enjoy distinctive habitats and a wealth of wildlife.

From the atmospheric dark moors and bogs of Bleaklow to the leafy woodlands, sparkling rivers and dramatic limestone cliffs of Dovedale, the Peak District National Park’s wildlife and habitats are internationally important and valued by millions of people. They differ from the surrounding lowlands and densely populated towns and cities, being created by the interaction between centuries of land management and the area’s distinctive climate, steep slopes and dramatic topography.

The diverse mosaic of habitats support a rich range of wildlife; from Jacob’s ladder to lapwing, from dipper to mountain hare. Many are locally, nationally and even globally rare. Wildlife is an integral part of the Peak District experience for residents and visitors, young and old, the expert and the curious.

Lying at the southern tip of the Pennines, the Peak District National Park is at a crossroads, where the uplands of the north-west meet the lowlands of the south-east. With many species at the edge of their ranges, the mix of species is unique. The bilberry bumblebee, once widespread across the north and west of England, is still found on the bilberry moorlands of the Dark and South West Peak. The iconic ‘mountain blackbird’, or ring ouzel, is thriving in the Peak District, its most south-easterly breeding area. The rare leek-coloured hawkweed, previously thought to be globally extinct, has been rediscovered.

Visit the Dark Peak and explore iconic expanses of blanket bog, moorland and heathland, interspersed with flushes and springs. Fringed by upland oak woodlands and grasslands rich in colourful waxcap fungi, these uplands are bisected by the streams and rivers that feed the many local reservoirs. Stop to watch rare upland birds like golden plover through binoculars or lie back to see a sea of fluffy white cotton grass bobbing in the breeze against a bright blue sky.

A trip to the White Peak reveals precious and vulnerable ash woodlands, ponds and clear-flowing streams, limestone heath, lead mine remains and species-rich grasslands. Walk through the steep-sided valley of Lathkill Dale during spring and be surrounded by flower-rich grassland and the instantly recognisable song of the skylark. Picnic at Cheedale and be transfixed by the rhythmic bobbing of a dipper or hear the familiar plop of a water vole launching itself into the river.

Explore the South West Peak and find habitats similar to the Dark Peak, but in a much more intimate mosaic. Smaller blocks of moorland fringed with rush pastures, hedges, rivers and farmland. Listen out for the ‘go back, go back’ cry of a red grouse or the burbling song of a curlew. Look closely and spot an elusive camouflage-striped snipe emerging from the bog or a short-eared owl swooping over the moors.

The PDNP’s mosaic of habitats support a wide variety of important wildlife. In comparison to the surrounding countryside, the PDNP has a variety of intact habitats and associated species, partly owing to the dramatic topography, steep slopes, climate and generally poor growing conditions for intensive farming. The unique position in the landscape means it is at a crossroads of north and south, east and west, with many species at the edge of their ranges [4]. This makes the species composition found in the PDNP unique.

The global decline in nature is well documented, but a recent report by the UN highlights the now dangerous impacts of the deteriorating “health of ecosystems on which we and all other species depend”:

Although there is no comprehensive biodiversity data set that covers the entire Peak District National Park (PDNP), the data that is available indicates that the PDNP has not been immune to these biodiversity losses:

Several species are in decline in the PDNP:

In comparison to the surrounding countryside, the PDNP still has a variety of high quality, intact habitats:

The mix of habitats supports a wide variety of important wildlife:

"If we are to restore nature, and make it resilient… we must start by understanding what we have, and have a regular way of checking its health…” [1]

The following are initial suggestions, alongside those identified in the individual sections above, for future research that could help to fill in gaps in our knowledge or update existing data: