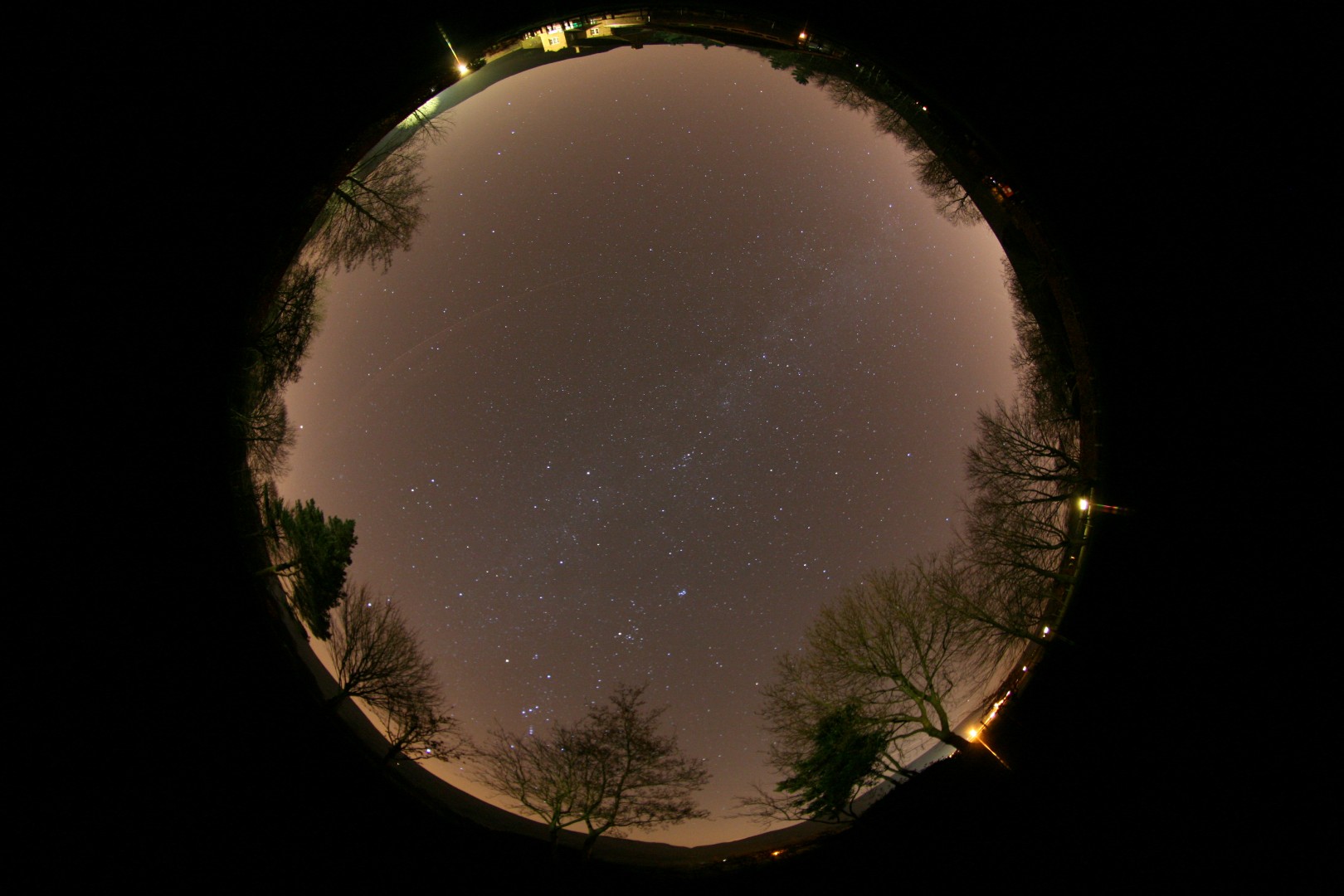 Light pollution is a generic term referring to artificial light that shines where it is neither wanted nor needed. In broad terms, there are three types of light pollution[1]: 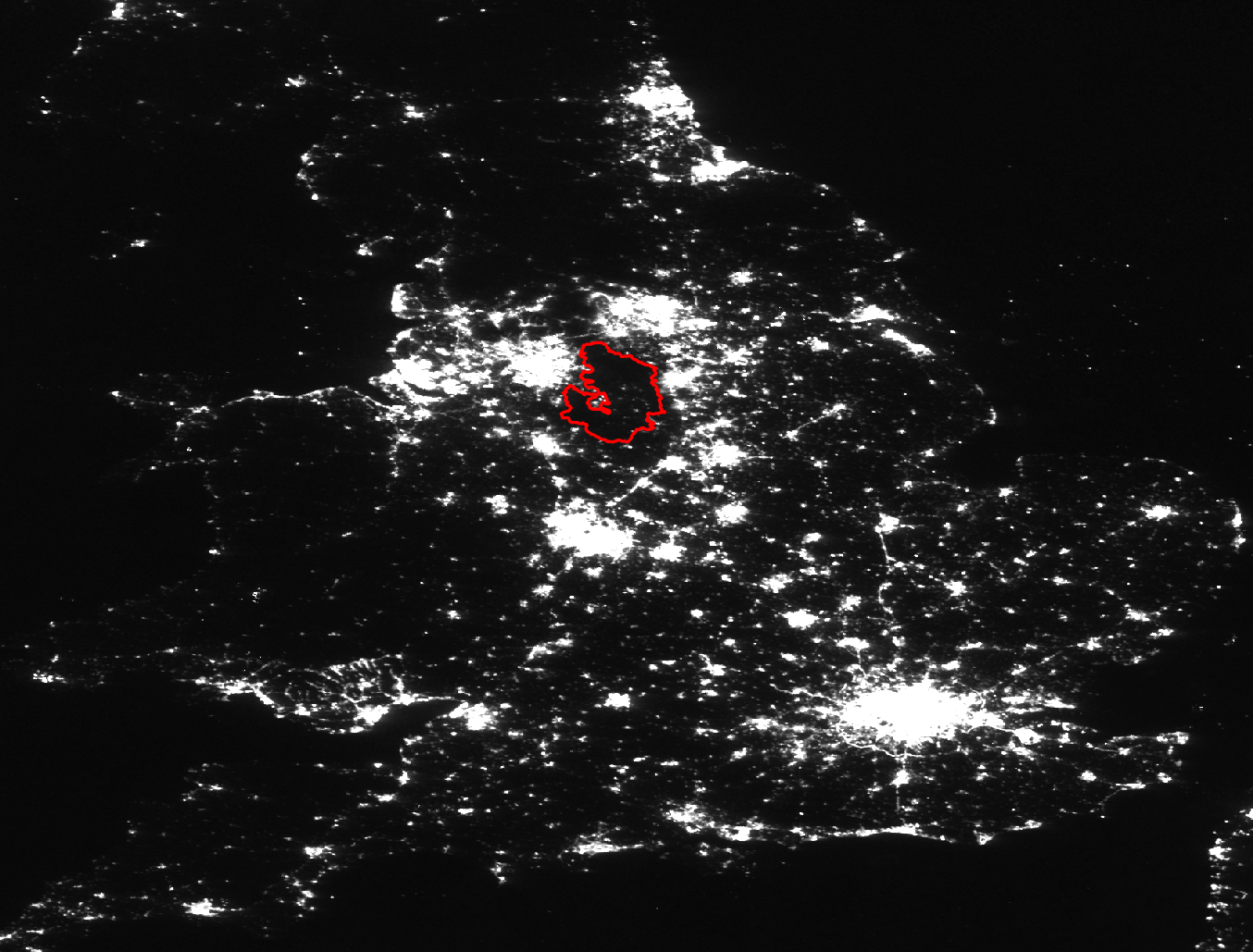 Map showing the UK from Space 2020 nanoWatts/cm2/sr with the Peak District outlined in red.

The map below shows the same data binned into manual interval data groups. The darkest skies in the Peak District are where the least populated areas are, particularly around moorland. Bakewell, Castleton and the larger settlements can clearly be seen in the map. Regionally the Peak District is an oasis of dark skies, but nationally the picture isn’t quite as good. Although the Peak District performs better than the national average for dark skies, it could perform better.

Here the data shows the Peak District has no pristine dark skies. Caution must be taken however, due to cloud and atmospheric conditions. We would expect the Dark Peak to be a 'darker sky' for example. We are working on producing annual averages based on cloud free images. This would give a more rounded picture. 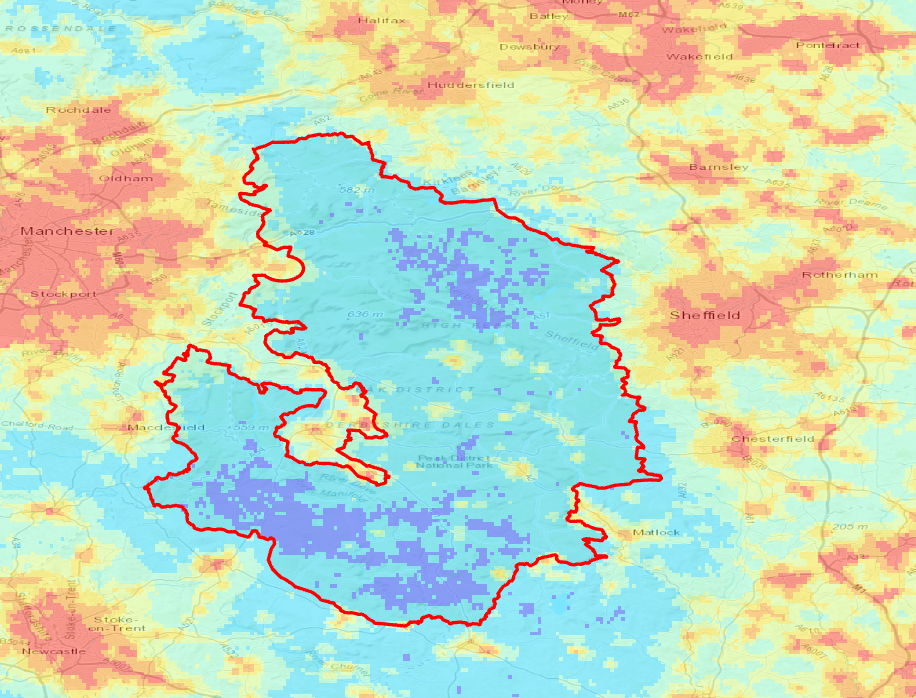 Due to the sensitivity of the new satellites (https://eogdata.mines.edu/download_dnb_composites.html), data is not comparable with historic mapping produced by CPRE (https://www.nightblight.cpre.org.uk/maps/).