The Peak District National Park is a key tourist destination surrounded by heavily populated urban areas, driving demand for regional connectivity and cross-Park travel. This is facilitated by an extensive road and public transport network, including a network of multi-user trails that support sustainable travel.

There are six constituent passenger transport authority boundaries and six Local Transport Plans that cover the PDNP. There are also sub-national transport bodies that have emerged in recent years that cover different regional areas. The Peak District falls inside the areas covered by Transport for the North (TfN) and Midlands Connect.

The Peak District National Park is surrounded by a number of heavily populated urban areas, including Sheffield, Manchester, Derby and Stoke-on-Trent. There has been a longstanding need for connectivity between these urban areas, which has resulted in the current road and rail network crossing the National Park and connecting these cities and the other settlements that surround the National Park.

Demand for trans-Pennine travel could increase in the future due to investment in employment and housing either side of the Pennines as well as Transport for the North’s (TfN) promotion of the pan-Northern economy.[1]. This includes TfN’s Strategic Development Corridor crossing the north of the Peak District National Park (see map below). 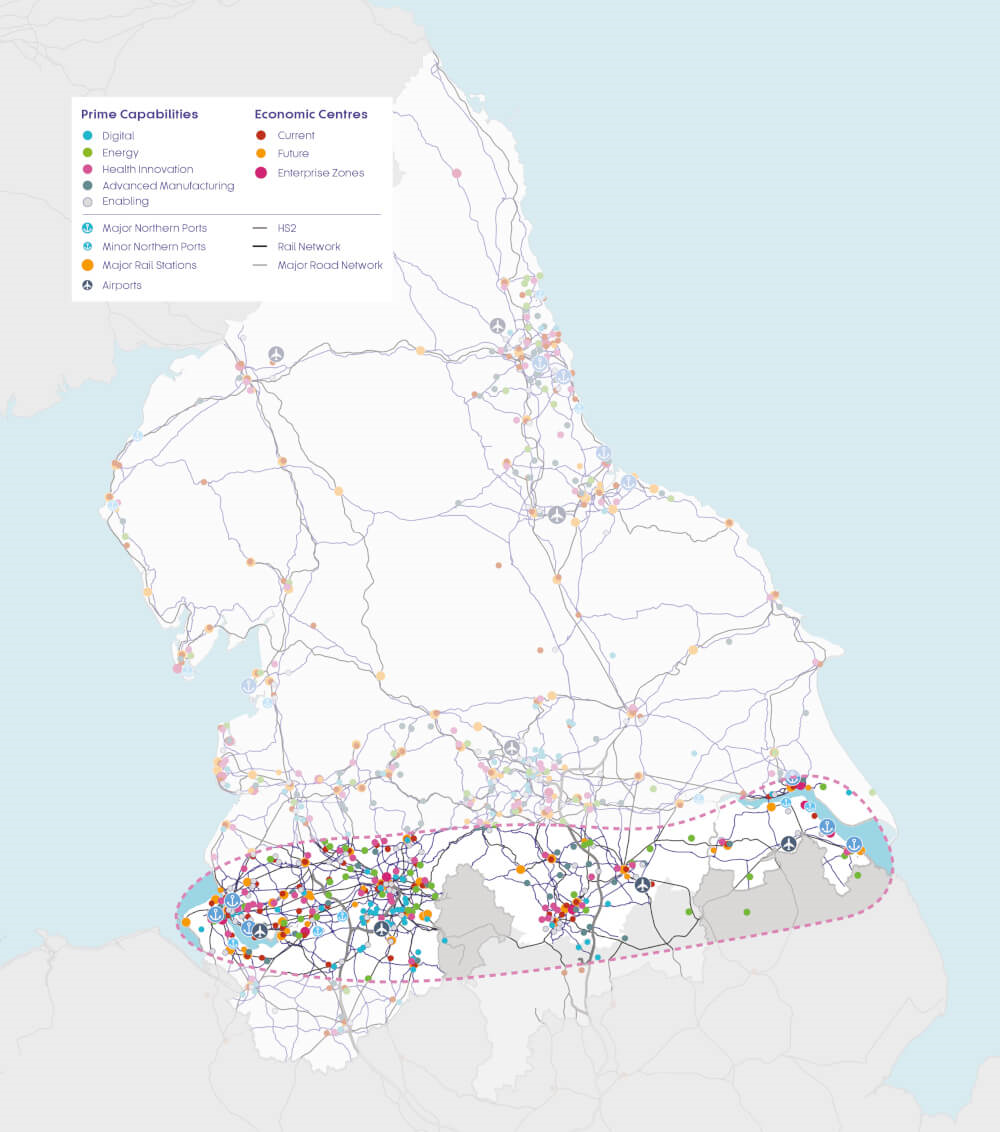 The National Park has a widespread public transport network. Many areas are covered by bus and coach services. Some are run by commercial operators and some subsidised by local authorities. In addition to traditional bus services, the Peak District also has some demand responsive and community-run services.

Five railway stations on the Hope Valley line are located in the PDNP: Edale, Hope, Bamford, Hathersage and Grindleford. Additionally, a short section of the Trans Pennine railway line passes through a tunnel under the north east edge of the National Park and three other significant railway lines serve the PDNP just outside the boundary: the Buxton, Glossop and Derwent Valley lines. These railway lines have several gateway stations outside the National Park that facilitate access to it: Glossop and Hadfield on the Glossop Line; Buxton, Dove Holes, Chapel-en-le-Frith, Whaley Bridge, New Mills and Disley on the Buxton Line; Matlock, Matlock Bath and Cromford on the Derwent Valley Line; Dore, Chinley and New Mills on the Hope Valley Line; and Marsden, Slaithwaite and Greenfield on the Trans Pennine Line.

There are 2,248km of major and minor roads within the Peak District National Park, including 253km of A roads and 124km of B roads.

What are the gaps in our Research & Data?