There are five landscape scale partnerships and a range of organisations own land in the PDNP. These organisations manage the land for the purposes of natural habitat restoration and engagement with the PDNP and surrounding communities.

As the land ownership section shows, a range of organisations own land in the PDNP. Many of these organisations manage the land for purposes other than agriculture and forestry. For instance, 33% of the National Park is protected by site designations such as Special Protection Areas (SPAs), Special Areas of Conservation (SACs) and Sites of Special Scientific Interest (SSSIs) which affects how the land is managed. Additionally, many environmental NGOs (non-governmental organisations) own nature reserves that they manage for the benefit of wildlife and habitats as well as the people who visit them. And some commercial organisations, such as grouse moor managers and utility companies, manage land for the benefit of their customers.

Approximately one third of the PDNP is designated under the following legislation. Most areas are covered by more than one of these legislative designations and many areas by all four. More information is available on this State of Biodiversity page.

Special Areas of Conservation (SACs) are designated under the EC Habitats Directive and form part of the European network of Natura 2000 sites. Two SACs fall within the PDNP.

Special Protection Areas (SPAs) are protected sites classified in accordance with Article 4 of the EC Birds Directive and form part of the European network of Natura 2000 sites. One SPA falls within the PDNP.

National Nature Reserves (NNRs) are designated as sites of national importance for habitats, species and geology under the National Parks and Access to the Countryside Act 1949. Three NNRs fall within the PDNP.

Sites of Special Scientific Interest (SSSIs) are sites that are nationally important for wildlife, or geological or physiographical features, or both, and are protected by the Wildlife and Countryside Act 1981 (as amended). As of May 2019, SSSIs made up 52,238 hectares (36%) of land within the PDNP.

# Landscape partnerships are aligned with the National Character Areas

The Moors for the Future Partnership (opens new window) has confronted an exceptional challenge over the past 15 years working to bring this entire landscape into good ecological condition, restoring the benefits it delivers.

The South West Peak Landscape Partnership (opens new window) is a new Heritage Lottery Fund (HLF) funded partnership seeking to understand, value and conserve the South West Peak part of the PDNP. The South West Peak is a landscape of contrasts comprising a mosaic of habitats that support internationally and regionally important species such as curlew, lapwing and snipe. Despite the best efforts of many these continue to be vulnerable and therefore at risk.

The White Peak Partnership (opens new window) was involved in formulating ideas for one of Defra's Tests and Trials for the proposed new Environmental Land Management scheme. The bid to Defra, made by the Peak District National Park Authority, was successful, and the White Peak Test ran from November 2019 to October 2020.

The Sheffield Lakeland Landscape Partnership (opens new window) is a landscape partnership that includes part of the National Park around the boundary with Sheffield. One of the aims of the Partnership is to create a more natural, connected and resilient landscape. The current Landscape Conservation Action Plan began in 2018 and runs for five years.

According to the Moorland Association, moorland owners and gamekeepers of the PDNP Moorland Group work on more than 48,000 acres of heather moorland across the PDNP, much of which is designated as a Site of Special Scientific Interest (SSSI)[1]. Grouse moors are typically managed to benefit grouse, meaning there is a focus on encouraging young heather (for instance through controlled rotational burning) and removing predators. There is much debate around the contribution of grouse moor management to conservation and the health of the moorlands, with both benefits and damage being associated with this type of land management.

# A significant amount of land is managed by utility companies 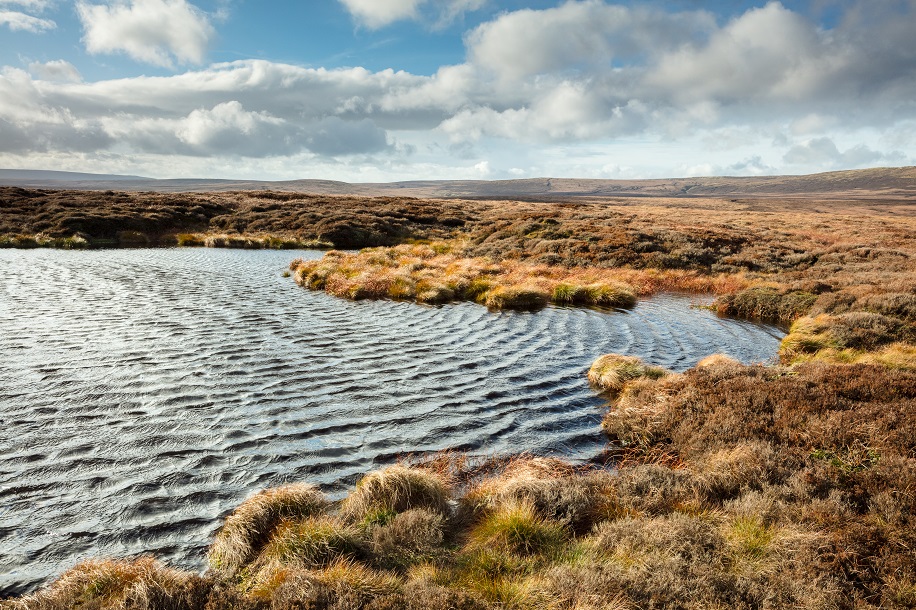 Water companies own a significant amount of land in the National Park – estimated to be 15% in 2006[2]. This land is managed to improve the quality of the water that flows out of the National Park. There are more than 55 reservoirs over 2 hectares in size and, together, they supply over 450 million litres of water to the surrounding urban areas[3].